It’s no secret that fields with healthy, uncompacted soil are more productive. It’s also apparent that wheel traffic is the major cause of soil compaction in most fields. According to a recent paper—“Projections of yield losses and economic costs following deep wheel‐traffic compaction during the 2019 harvest”—authored by educators from the Minnesota and North Dakota extension services, deep-soil compaction (below the depth of normal tillage) can cut corn and soybean yields by an average of 21% for the following two harvests. 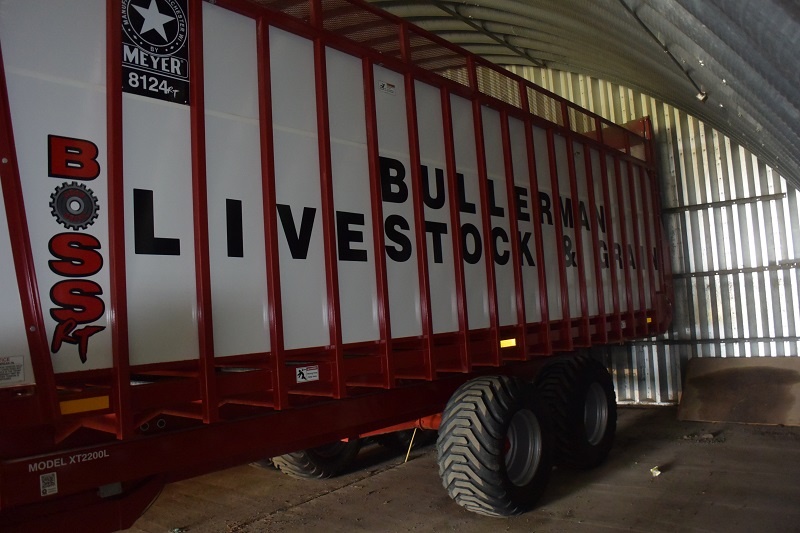 The takeaway is that the more you reduce the impact your farm equipment has on your soil, the greater the chance your crop will achieve its yield potential. Since tires are the contact point between most farm equipment and the ground, your choice in tires can have a lasting effect on the condition of your fields and profitability.

Whether simply switching from a bias-ply tire to a radial, moving from a radial to a higher-capacity radial, or equipping your machine with a high-tech IF/VF tire, there are numerous tire solutions available for today’s farmers to help in the battle against soil compaction.

In recent years, more and more farmers have made the switch from bias-ply tires to radials. Among the numerous advantages offered by radial tires are the ability to operate at lower air pressures and produce a larger footprint, both of which work in unison to spread the weight of heavy farm machinery across a larger area and minimize the force that causes deep-soil compaction. Other advantages offered by radials include: 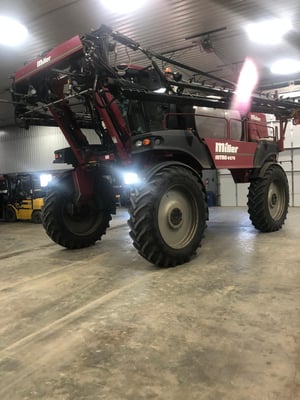 Not all tires are built the same—in some instances, switching from one radial to a higher-capacity one will offer an advantage. This was the case for Minnesota farmer Cameron Bullerman. Cameron (who farms with his father, Mark, and brother, Colt) has seen great results in the field after replacing the original equipment 18.4R46 tires on his Miller Sprayer with a set of same-sized Alliance 356 radials. The 356’s higher load capacity (a 176 load rating compared to the OE tires’ 168 rating) gave the Miller sprayer an increase of 3,400 pound load capacity per tire.

The higher load capacity of the Alliance 356 tires allowed the Bullermans to operate them at 11 psi lower than they had been running the stock tires, and led to a footprint increase of 40 square inches per tire. This has all reduced the impact of the Bullermans’ sprayer on their field and yield, which they track with Climate and UHarvest (yield monitoring systems). 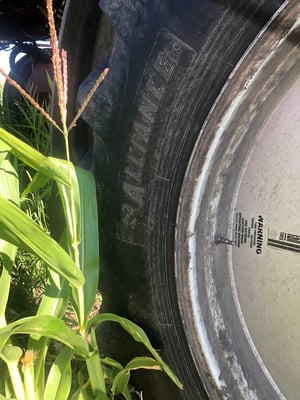 IF/VF tires are like standard radials on steroids and another way in which the Bullermans are minimizing the impact their machines have on their fields.

When it came time to replace the stock 710/70R42s dual tire set up on the Bullermans’ four-wheel drive Case STX430 tractor, they wanted to minimize compaction and rutting by getting as much tire on the ground as possible. To do this, the Bullermans chose Alliance AgriFlex 372 IF tires in the same size as the originals. The steel-belted 372s are 1.5 inches wider than the original tires and can operate at 20% less inflation pressure, which equates to a tire better at distributing the weight of the machine and causing less impact to the field.

It All Adds Up

The ability to operate at 20% less inflation pressure sounds impressive, but it’s even more impressive when you dig into the numbers. For instance, in the aforementioned extension bulletin, “Projections of yield losses and economic costs following deep wheel‐traffic compaction during the 2019 harvest,” the authors estimate the two-year cost of soil compaction caused during 2019’s harvest in Minnesota and North Dakota as high as $1.76 billion. If farmers were able to cut that number by 20%, that would mean 352 million more dollars in farmers’ pockets.

If you’re interested in learning more about the cost of soil compaction or how the Bullermans have put Alliance tires to work, check out “Don’t add Soil Compaction to 2020 woes” in the September issue of Farm Forum. Of course, don’t hesitate to reach out to your local ATG dealer or representative to learn firsthand how Alliance ag tires can benefit your farm.