Skid Steers, Snow Removal, and the Use of Radial Tires

When the snow is stacking up outside as fast as the number of parking lots needing to get cleared, you have no time for skid steers slipping in wintery conditions. Slipping describes more than just the loss of traction your skid steer is experiencing on snow and ice—it also details the slipping away of fuel, time, and productivity. One way to improve the performance of skid steers used for snow removal this winter is by equipping them with radial tires. 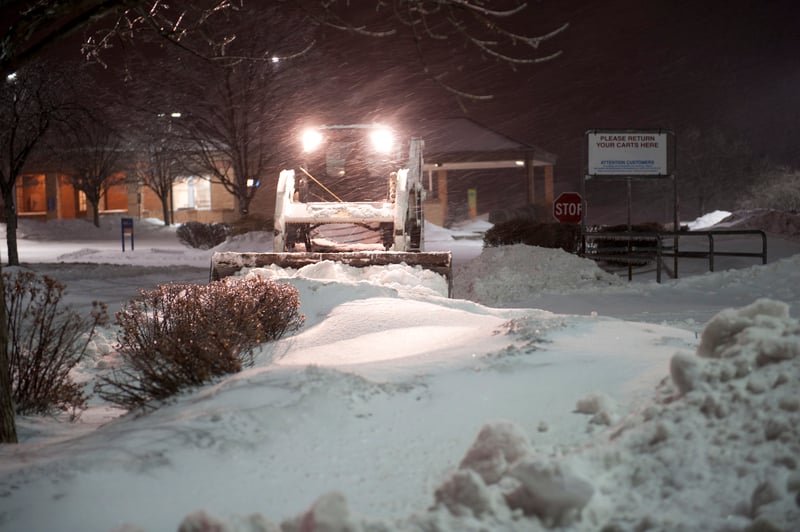 Why Use a Skid Steer for Snow Removal

Skid steers are renowned for their versatility in all seasons, but they really shine when the flakes begin to fly. A skid steer’s ability to push, lift, and load along with the wide variety of available attachments—including blowers, blades, brooms, and buckets—makes them a go-to machine for all manner of snow removal operations. A skid steer’s size also makes it ideal for winter work, as they’re small enough to clear sidewalks and operate in tight spaces, but large and powerful enough to handle large lots.

Skid steers have a distinct advantage over a compact track loader (CTL) in the snow. Tires excel on hard surfaces such as asphalt and cement, the surfaces you’ll largely operate on when removing snow, and this advantage is further enhanced with radials. Tires also provide more ground clearance than comparable CTLs, giving them an advantage when the going gets deep. The superior performance of tires is not lost on operators—especially during those storms that never seem to end—who benefit from a much more comfortable ride with radials.

Performance: The ability to operate at lower inflation pressures and the flexible sidewalls of radial tires—such as our steel-belted Alliance 550 Multiuse—give them a more substantial, and more rectangular, footprint when compared to the bias tires commonly found on skid steers. This larger, more rectangular footprint puts every inch of the tire’s tread on the ground and ensures uniform surface contact. The result is a tire that gives your skid steer better traction, more effective use of the machine’s horsepower, and better puncture protection from debris buried in the snow—which equates to improved fuel economy, increased productivity, less downtime, and bolstered profits. 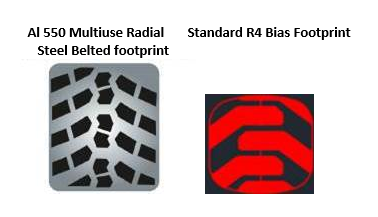 Comfort: In addition to outperforming bias tires in the snow, radial tires provide a higher quality ride than their bias brethren. The flexible sidewalls of radials also act as shock absorbers, sucking up impacts, bumps, and jolts. All this adds up to reduced stress on machines, resulting in less maintenance and less operator fatigue, which is particularly important when your crews are working long hours trying to clear out after a big blizzard.

Winter weather provides unique challenges to skid steer operators; however, these are easily overcome by taking a few simple steps before and during snow removal season.

During the Season: Just as the right tire will have an enormous impact on your skid steer’s performance this winter, so will ensuring that the tires are inflated to the proper air pressure—no matter if you’re using radial or bias tires. In general, a tire will lose about one pound per square inch (psi) for every ten-degree change in temperature. The loss in tire pressure will not only hamper your skid steer’s ability to lift and push snow but will also speed up wear. Regularly check the tire pressure on your skid steer and adjust inflation pressure accordingly.

Say goodbye to nightmare skid steer performance this snow removal season and wake up to a winter wonderland with our Alliance 550 Multiuse radial tire. Contact your local ATG dealer or rep to learn more about our entire range of skid steer tires.