Radial Tires Give This Farmer's Skid Steer a Performance Boost

A skid steer may be the most versatile piece of equipment on the farm—especially on a beef-feeding operation like Neil Grunzke's near Wells, Minnesota, where he uses his skid steer to move hay, load feed, shovel manure, and scoop snow. For most of their history these multi-purpose machines have been outfitted with basic, bar-tread, bias-ply tires. Last year, however, Grunzke upgraded his New Holland 225 skid steer to the radial Alliance 550 MultiUse tire to see if he could get longer service life out of his tires. 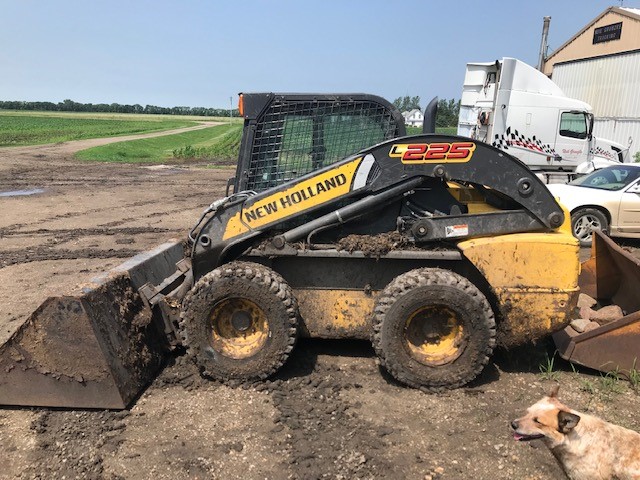 A Different Type of Tire

The Alliance 550 is strikingly different from most skid steer tires. Instead of the horizontal bars typically found on skid steer tires, the Alliance 550 tread is comprised of sturdy blocks to provide more biting edges for traction—well over 100 blocks per tire. The blocks form a curved pattern similar to the lugs on an R-1 tractor tire, with a dense center line of blocks to provide a smooth ride and better steering. Grunzke first encountered Alliance 550 tires at Farm Fest, figuring the block-tread radial worthy of trying. “We thought they had a pretty good tread on them,” Grunzke says. “It looked like it was going to last.”

ATA’s national product manager for solid and material handling tires, Ryan Lopes, reminds owners and operators that choosing the right tire for a skid steer is worth the effort. “Just as a particular attachment adapts a skid steer to a specific task—whether it’s as a loader bucket, a hayfork or a post-hole digger—selecting the right tires can have a significant impact on the machine's performance,” Lopes says.

“The most common tire on skid steers is a bar-lug, bias-ply tire, which is cost-effective and works on most surfaces pretty well,” he adds. “But in recent years, we have been developing more specific tires to help skid steer owners get more out of their equipment. We have treads with extra-deep lugs for farmers working in mud and manure, massive blocks that are favored by construction contractors working on pavement, solids for severe environments and, most recently, radials.” 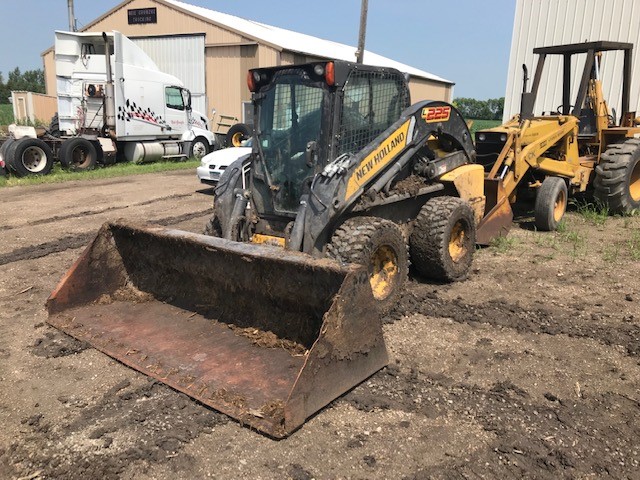 The Reason For Radial Tires

Radial tires have more flexible sidewalls and under-tread belts that cause them to form a larger, more even contact patch than bias-ply tires do. This transmits more of a machine’s horsepower to the ground, improves traction and flotation, and reduces wear and distributes it more evenly across the tread surface. “You’ll see that bias-ply tires will wear more in the center of the tread because the construction of bias tires creates a slight dome in the footprint,” Lopes points out. “Radial tires have a flat footprint, which makes a huge difference in everything from traction to fuel economy.”

Reaping the Rewards of Radials

Grunzke operates his skid steer on a paved yard and his hard-pack feedlot, where he feeds 600 to 700 dairy beef cattle. He says the Alliance 550 tires are great on the cement surface—smooth and long-wearing—and notes that the traction is so strong on the hard pack that it can start to dig into the surface. He also notes the comfortable ride provided by radials. “I think they’re smoother,” he says. “You’re not banging around all the time. It’s a lot easier on your back.”

One area where Grunzke really appreciates the extra traction offered by the Alliance 550 is in the winter. “They’re great in the snow—a lot better than the old tires,” he says. “They seem to get a lot better traction in snow. I just notice that we can put on the snow bucket and we can push to no end.”

Alliance Tire used sophisticated computer modeling to develop the tread pattern of the 550 MultiUse. The 550 is designed with the blocks at an optimum distance from each other to provide great traction while also delivering a smooth ride and minimizing wear. “The result is a radial that can last two or three times as long as a bias-ply tire,” says Lopes. Grunzke says he is on track to see exactly that. With two-thirds of his tread depth still available on his 550s, his tires had already put in 230 hours. His previous set—the bias-ply bar lug tires—was worn out by 300 hours of service. “They’re going to last at least twice as long as the last ones,” he notes.

If you’re interested in learning more about our Alliance 550 MultiUse or any of ATG’s other excellent skid steer tires, contact your local dealer or rep today.